Sarah Schlafly isn’t squeamish when it comes to eating insects.

For her, crickets are just “land shrimp.”

The St. Louis-based entrepreneur co-founded Mighty Cricket in 2017, a startup that produces breakfast foods with an unusual addition: crickets.

The company now sells several products at local grocery stores and online, including pancake mix, oatmeal and protein powder — all made with powdered, roasted crickets. 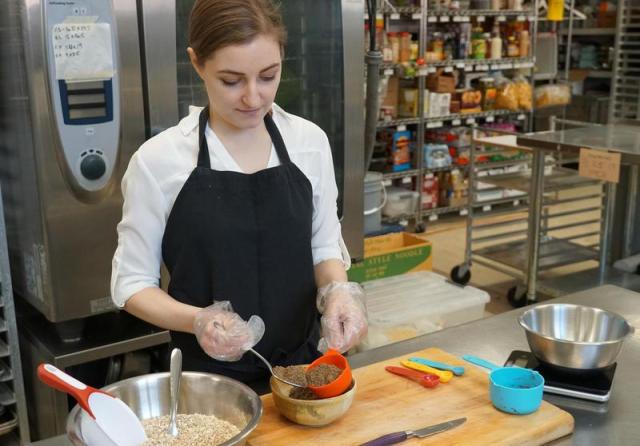 Schlafly understands the thought of eating insects can be a turnoff for some people.

“We’re trying to distract the consumer from the crickets and just think, ‘Oh, this is a really good-tasting bowl of cereal,’” she said.

That approach — adding powdered insects to food — may be most palatable for consumers in Western nations, said National Taiwan University entomologist Matan Shelomi.

“People really don’t want to see the legs and the little eyes and the antennae on their food,” Shelomi said. “But if you grind the insects up so they no longer look like insects, then it’s actually very acceptable.”

The Food and Agriculture Organization of the United Nations estimates some two billion people — or about one-quarter of the world’s population — regularly eat insects.

Ideally, they’d like that number to be even higher. 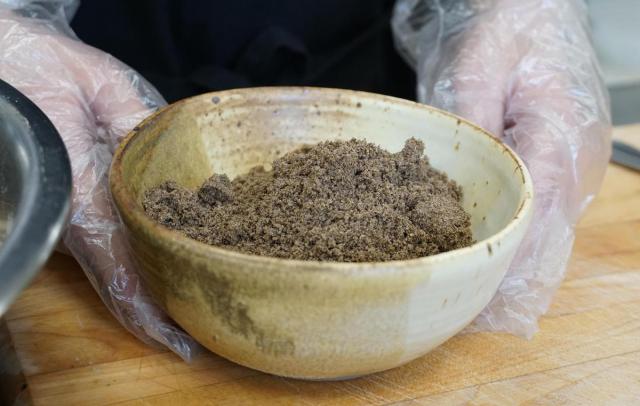 In 2013, the FAO released a book highlighting edible insects as a possible way to feed the world’s growing population.

Even in Western nations, where the concept remains taboo, many of us are unintentionally consuming insects as part of our diet — as much as two pounds a year. The U.S. Food and Drug Administration allows limited amounts of insect fragments in our food, including cinnamon and flour.

When it comes to edible insect products, the FDA applies the same standards as any other food product.

Proponents argue insects are a nutritious, sustainable addition to our diet.

Unlike beef or chicken, insects are a low-carb, high-fiber form of protein. They also grow much more quickly; crickets take about six to 12 weeks to mature, on average.

“The big benefit insects have is that they’re cold-blooded,” Shelomi said. “Most of the food they eat gets converted into more insect.”

Because they’re not burning food to keep their bodies warm — like cows and pigs — insects can use their food more efficiently for growing. 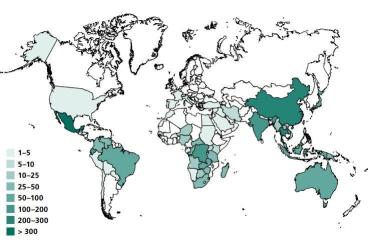 From an environmental perspective, you can raise millions of insects in relatively small spaces, using far less energy and water compared to traditional livestock.

But when you’re tallying how much land and energy it takes to raise insects, it’s important to think about the entire chain of production, said Dennis Oonincx, an entomologist at Wageningen University in the Netherlands.

Right now, many insects raised for human consumption eat a processed mix of corn and soy.

“You’re also using the land that’s being used to produce the feed for these insects,” said Oonincx.

‘I would never want to eat a bug’

In St. Louis, Schlafly and her co-founder, molecular biologist Adam Kronk, are hoping to scale up production of Mighty Cricket products.

But one of the biggest hurdles may be building a solid customer base.

When she offers free samples at farmers markets and other events, Schlafly says about half of people refuse to try them.

Still, she says a little education can go a long way.

“I was at the Tower Grove Farmers’ Market last fall,” Schlafly remembers. “I called out, ‘Do you want to try Mighty Cricket?’ and this woman goes, ‘I would never want to eat a bug.”’

After a bit of coaxing, the customer tried a sample of cricket waffles — and eventually ended up buying a bag.

“It really works to change people’s perception of it in their minds,” Schlafly said. “When I show them the sample and they don’t see a leg jumping out at them, then they’re like, ‘OK, I think I can do this.’”